The “Holy Grail” of airborne technology 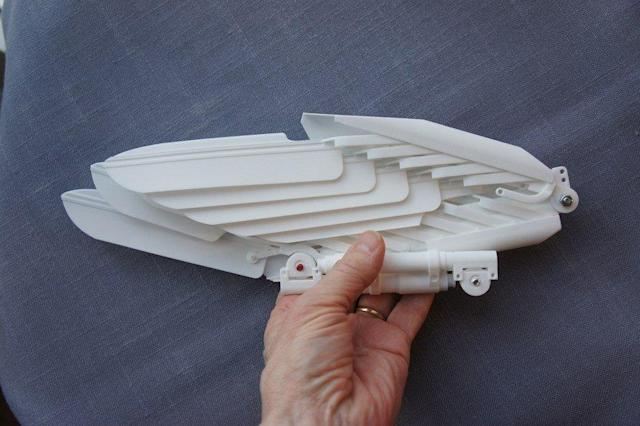 Drones have held interest however with recent developments in price, stability, and effectiveness they have become increasingly common.

Current Quad drones for all their strengths are however extremely noisy, easily spotted, and can lack range making them ill-suited for surveillance.

Flygildi´s Silent Flyer drone aims to fill the gap left by conventional drones using wings instead of rotors for propulsion, making it stealthy and quiet as it flies like a bird.

“The Holy Grail for drone technology has always been the ability to fly without rotors and using flapping wings instead,” says founder Hjalti Harðason.

The idea is both simple and innovative. The company is building the drone with a bird as a model and using evolutionary computational methods to teach it to fly like a bird.

“We are applying the evolutionary method of flying, and it works. We have seen devices before with flapping wings instead of propellers, but mainly as toys or prototypes,” says Hjalti Harðarson.